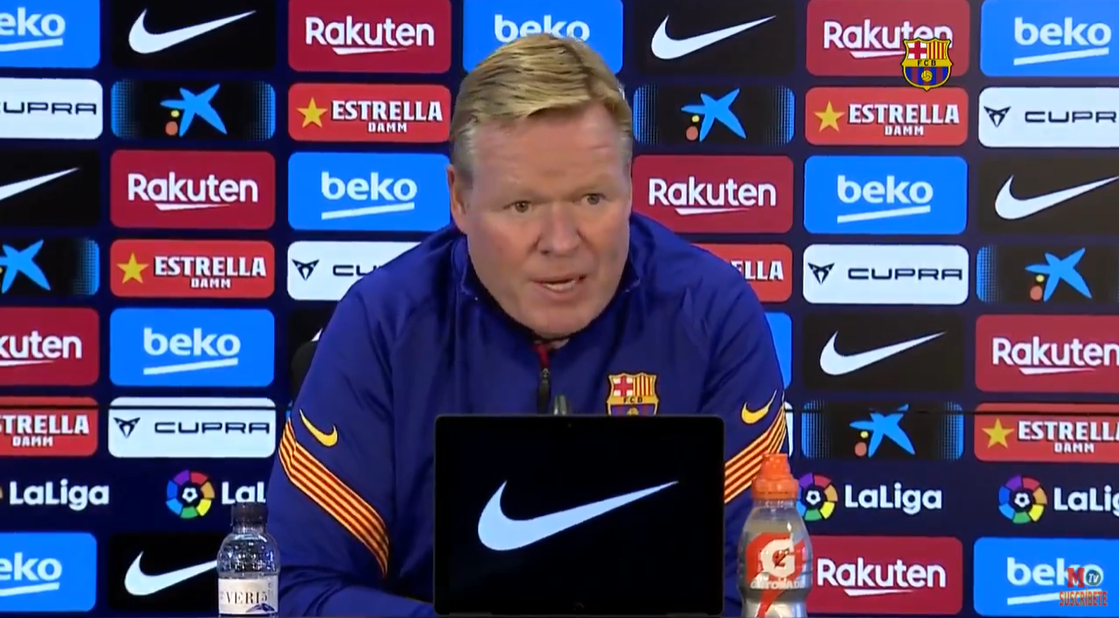 This kind of thing is normal. I talked to him about this topic yesterday, but it was not because of his remarks, but about his position, about his performance, I said very clearly, my arrangements are for the team, and What I arranged for Griezmann was not just a side lane, but a free man on the right, who could move inside.

Griezmann can play No. 10, he can play wing forward, he can also play center. He has three choices. In the final analysis, I make the decision as a coach. This is for the team. After that, every player needs to show the best performance. , Nothing more.

First of all, I think Griezmann is very hardworking and very disciplined. His ability is very good, which is very lucky, but some of his performance in previous games can reach the best state. We can discuss a lot about his position.

Before I was in the Dutch national team, Griezmann played as a winger, so how should I say, I don’t think there is much to discuss.

In principle, every game I will choose the best lineup I can choose, and the goal is of course to win. After a lot of games, there will naturally be fatigue. Of course, when our players return with joy and motivation, we still have a training session today, and then we decide on the lineup for tomorrow.

I don’t think we can always discuss a specific player, nor can we attribute the problem to a certain player. I don’t think this is my concern. There is no conflict between me and Griezmann. I still think about the team, no matter it is On the side, or in the middle. As a coach, my goal is to let every player perform their best.

But I can only choose 11 people. There are always people who may be unhappy. Only one person can play center. There is 1 number 10, 1 number 7, 1 number 11, and 2 midfielders. This is our formation. I still said that, I will not place a player in a position that does not belong to him.

I have said many times that Griezmann can play as a winger, he is left-footed, and he can cut from the wing.

I think it's okay. It depends on the players' physical condition. I will ask them about their situation. Then I think about the lineup of tomorrow. Of course, Messi is used to such a schedule, and he is also a player who likes to play, if he can not play, he will be even more tired. Of course if there is an injury, this is something else. I decide the lineup as a coach, but I also ask the players how they feel.

Dembele is capable. I think the only thing I need to say is to find out his physical condition slowly. Before I saw some news about his training. In fact, some players who didn't play much were training, except for Pique, because he had been playing before, and the players who did not play had two days off last week, as did Dembele.

Pjanic joined late and needs more time to find his status. His two games in the national team are good for him, but unfortunately he has some discomfort in his back, but the team doctor said that the problem is not big, and he can train in the afternoon. The next game should be able to play.

I think it is not to change, but to convey my thoughts to my team, to find the best solution for the team, and to win. As for other topics, I don't care. Coaching Barcelona is a very important challenge. I am satisfied with the performance of my players. I believe in my team. They have adapted well, the new players have integrated well, and the team is also winning. This is also our primary goal.

Ter Stegen started outdoor recovery last Monday, but I don't think he can catch up with the national derby. It is still a bit too early. There is no specific date yet, and we need to wait for him to fully recover. Everyone is still very calm, not anxious, very satisfied with Neto, Ter Stegen is also a very good goalkeeper. But at present, the date of Ter Stegen's return has not been determined, at least not next week.